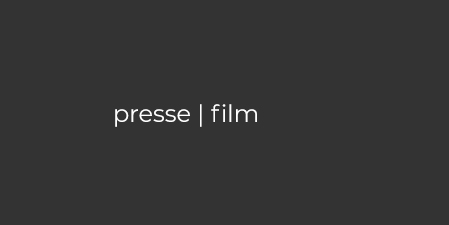 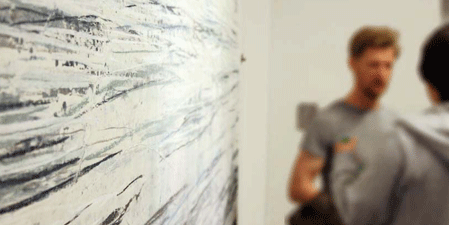 AT the Border to Recognise is an exhibition with . . . works by Marion Ehrsam, a Swiss artist who has lived in Berlin since 2009; . . . The 41 works by Marion are showcased in several batches separately featuring different themes: a legend of two wolves — black, which stands for ignorance, selfishness and impatience, and white, which cultivates kindness, love and compassion; something to remind herself of never forgetting lightness and humour, which perform miracles; and questions such as “Where does my strength come from? Who may benefit from it? And where is it headed?“

Beginning her studies at the Basle School of Art & Design in Switzerland at age 15, Marion graduated with a master’s degree five years later. She then worked as a designer in Basle, Paris and Bologna and afterwards moved to Germany, where she studied movement and dance in Stuttgart and worked in design, photography, stage and costume design in Hamburg and later in Freiburg. In 2007, someone asked her, “Can you make exhibitions?” She replied: “Yes,” which started her career of painting.

Marion’s paintings are on a combination of Chinese rice paper and a layer of thin fabric such as silk or gauze. She stuck the two materials together and drew a background with watercolour before using chalk to do drawings.“I’m a creator. I never copy others’,” she said in earnest. Apart from the wolf paintings, most of Marion’s artworks are in white or very light colours. “I want to take things with easiness and humour,” she smiled. Marion created the exhibits in five weeks in her rented apartment in Zhuhai. “My works are more spiritual and philosophical,” she said. . . .